The earliest forays by the artist into mathematical art began as such things often do, with the Mandelbrot set and its myriad related wonders.  Among those wonders is the figure commonly referred to as the Buddhabrot. Though the shape itself is popular and prevasive online and in the fractal community, most people who work with it tend to intuitively recognize that it is not a solidly defined mathematical entity on par with the Mandelbrot set.  Indeed, it has on occasion been referred to as a visualization technique applied to the Mandelbrot set.

The artist spent several years deciphering the Buddhabrot through a mixture of practical programming experimentation and progressive efforts to fit the algorithmic results into purely mathematical notation.  The process resulted in the development of a terminological framework useful for describing the Buddhabrot and related fractal forms, along with a conceptual reconfiguration of the Mandelbrot set--the details can be found in the pre-print article "The Multitude Behind the Buddhabrot".

The artist's mathematically grounded approach to ectocopial points of the Mandelbrot set--points that are within the ultimate radius 2 boundary around the origin, but do escape towards infinity within a finite number of iterations--recognizes that their elaborate orbital dances within the boundary prior to escape coalesce to twist and turn approximations of the border of the Mandelbrot set into the pareidolic figures he dubbed Anthropobrots. 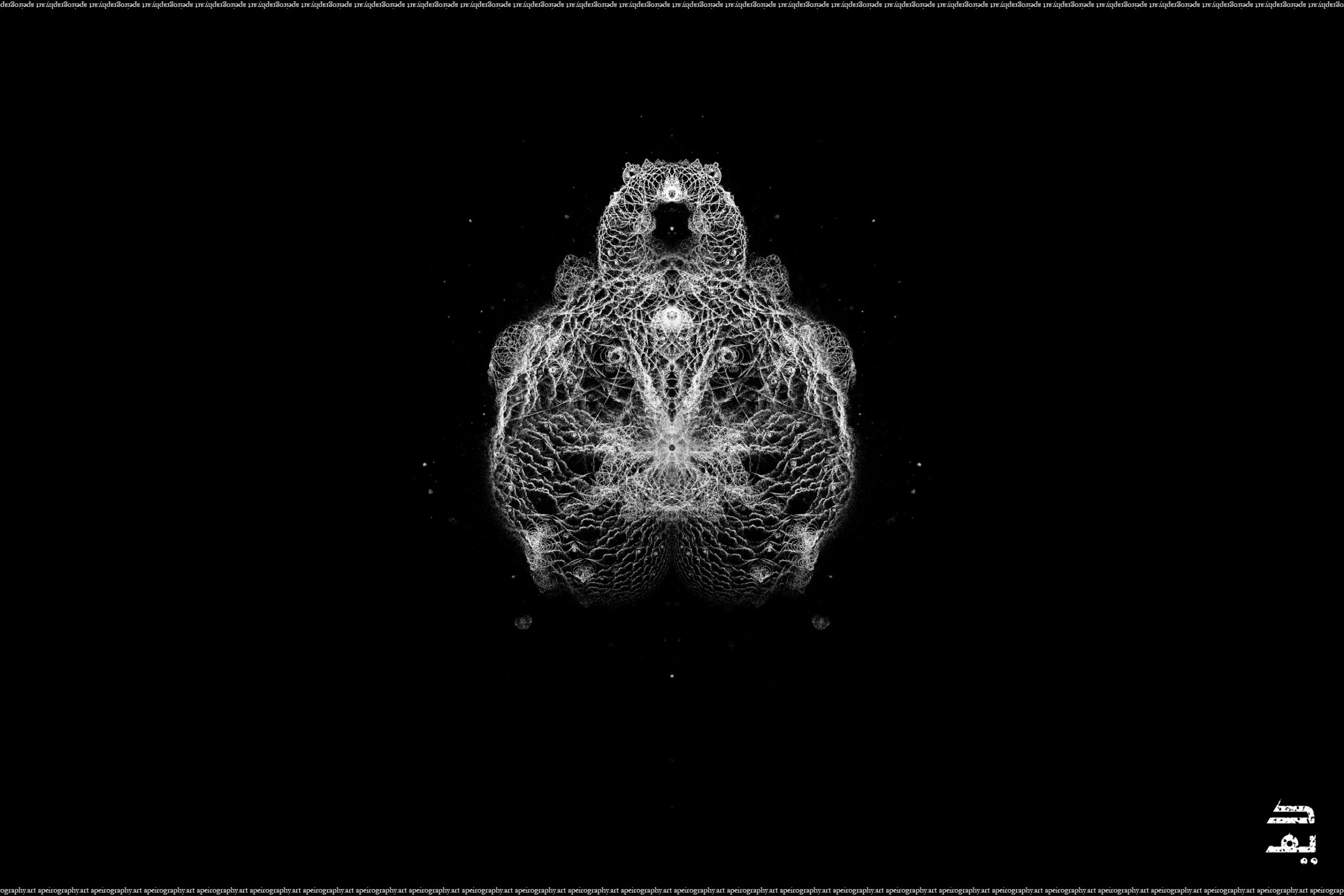 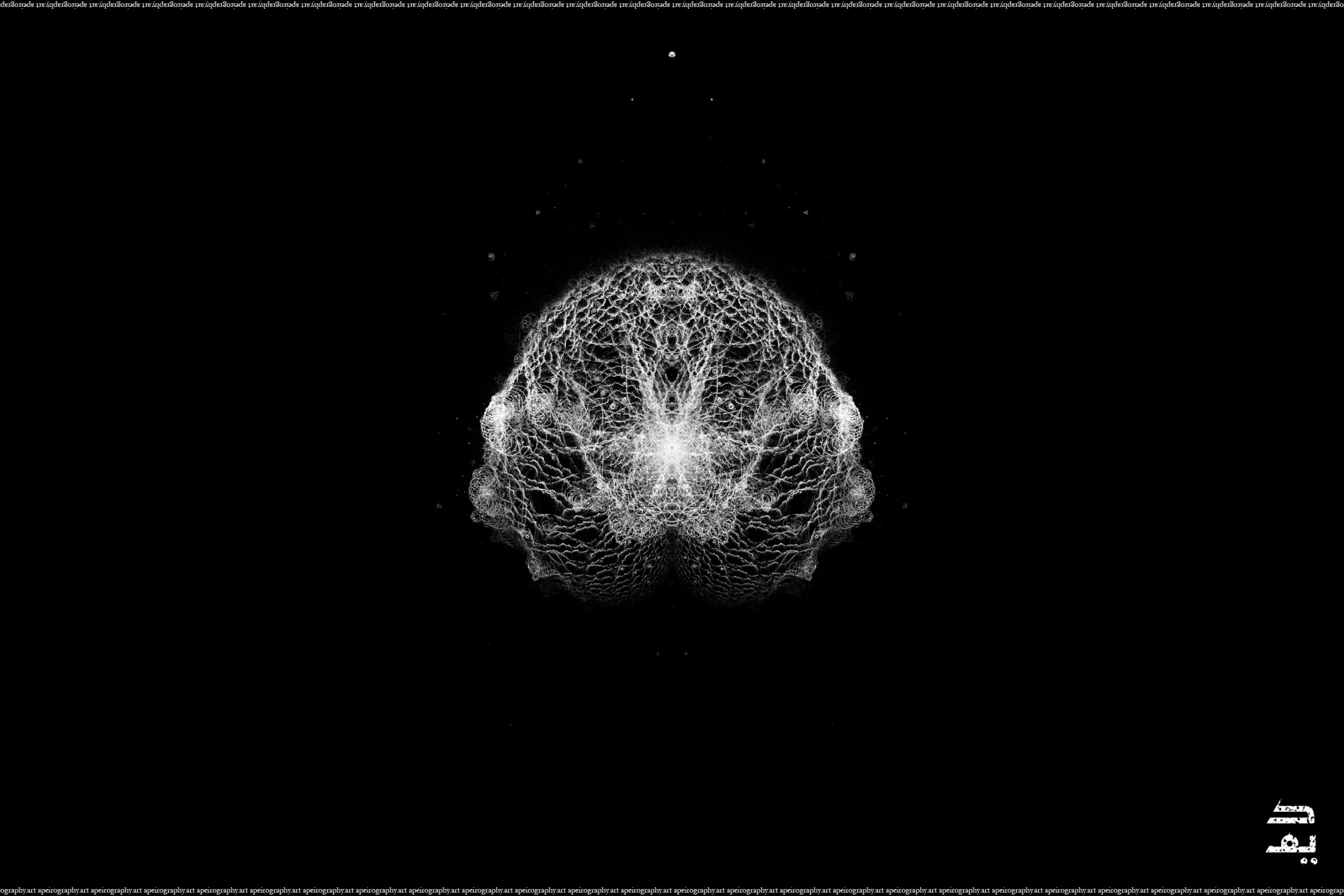 Even numbered anthropobrots have the pareidolic head overlapping the feet, giving the impression of being bowing counterparts to the preceding anthropobrot.

Unlike the Buddhabrot, which is primarily a visual artefact that arises from a loosely defined algorithm, Anthropobrots are mathematically well-defined multisets of orbital waypoints arising from ectocopial seeds.  Though half of all Anthropobrots bear strong resemblance to the Buddhabrot, they are more building blocks than kinfolk thereof.

Desiring to broaden interest in the study and exploration of the ectocopial Mandelbrot set, the artist has released software utilities on GitHub for mining ectoopcial seeds and generating density graphs out of multisets derived from them. 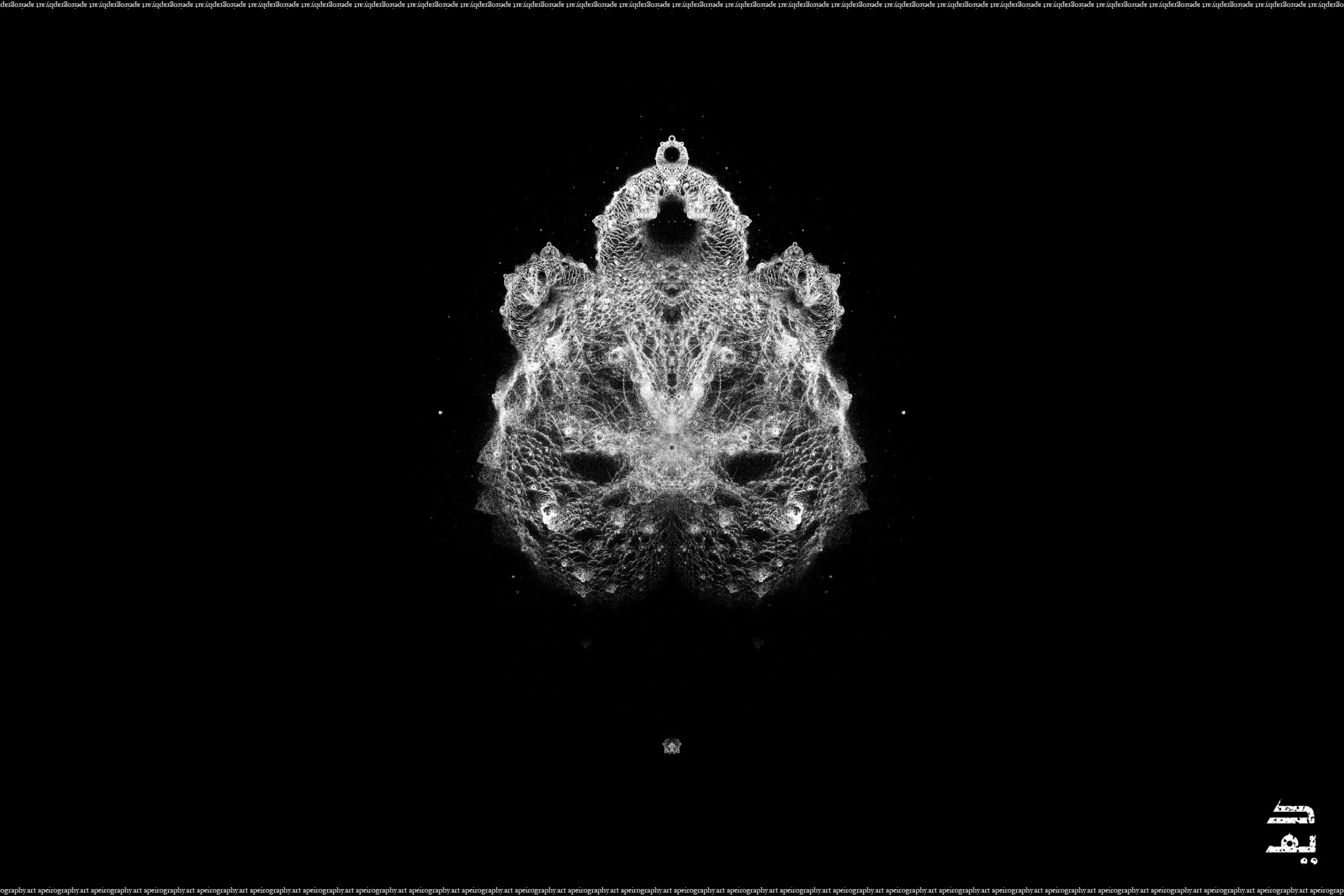 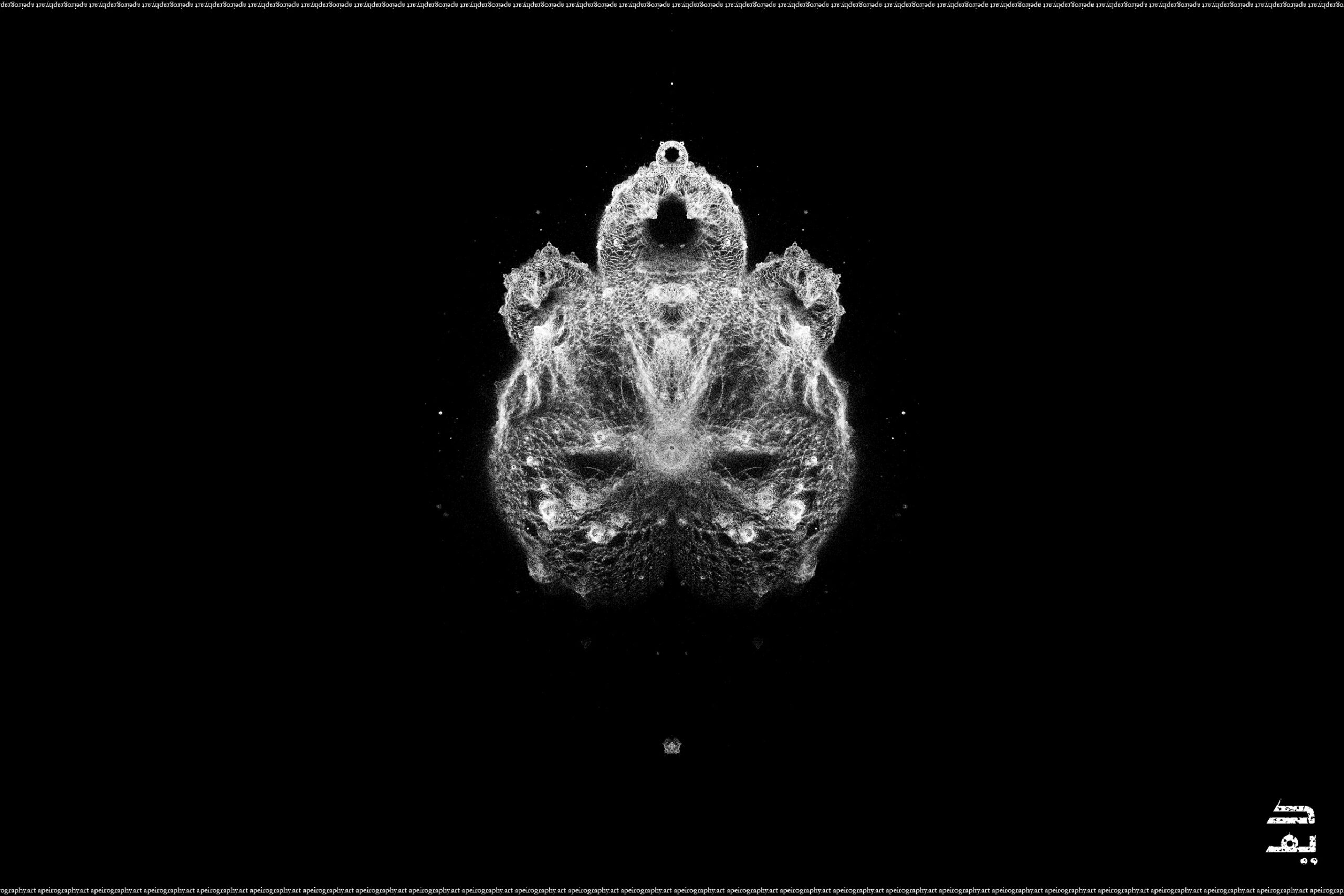 Even substantially similar Anthropobrots are identifiable and uniquely different.
Click the images to inspect more closely the coronets, the constellations surrounding the head, the belly-buttons, and more. 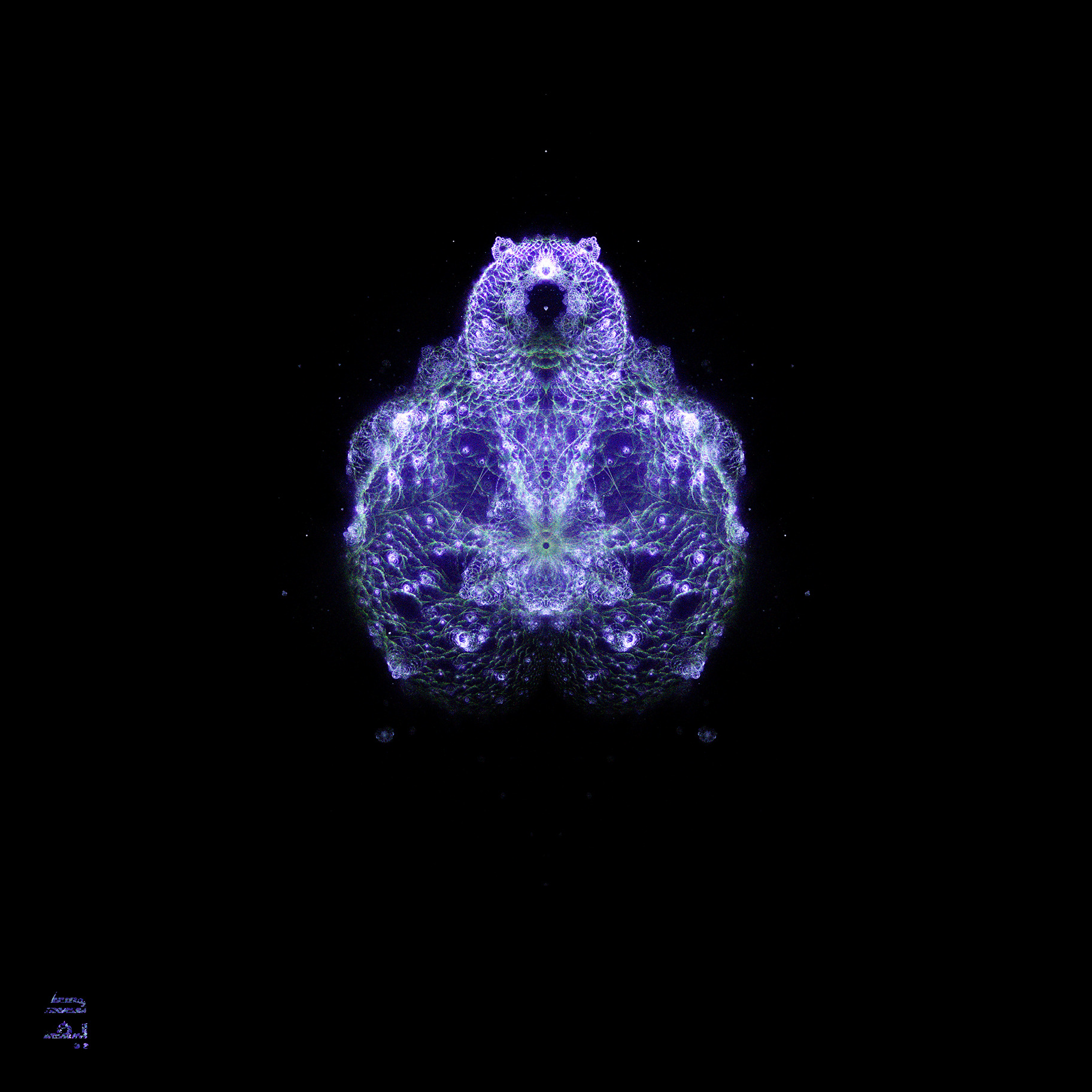 Born to the Purple: Anthropobrot 111

The feliform Anthropobrot 111 is dressed in the purple of royalty, despite being a priestly figure lacking the crown-like headdress of royal anthropobrots. Its constellations hint at a triangle resting atop its head, and a skeletal structure of wings at its shoulders.

Born to the Purple: Anthropobrot 139

Anthropobrot 139 stands proudly under a pyramidal constellation, dressed in the purple of royalty, despite being a priestly figure lacking the crown-like headdress of royal anthropobrots. 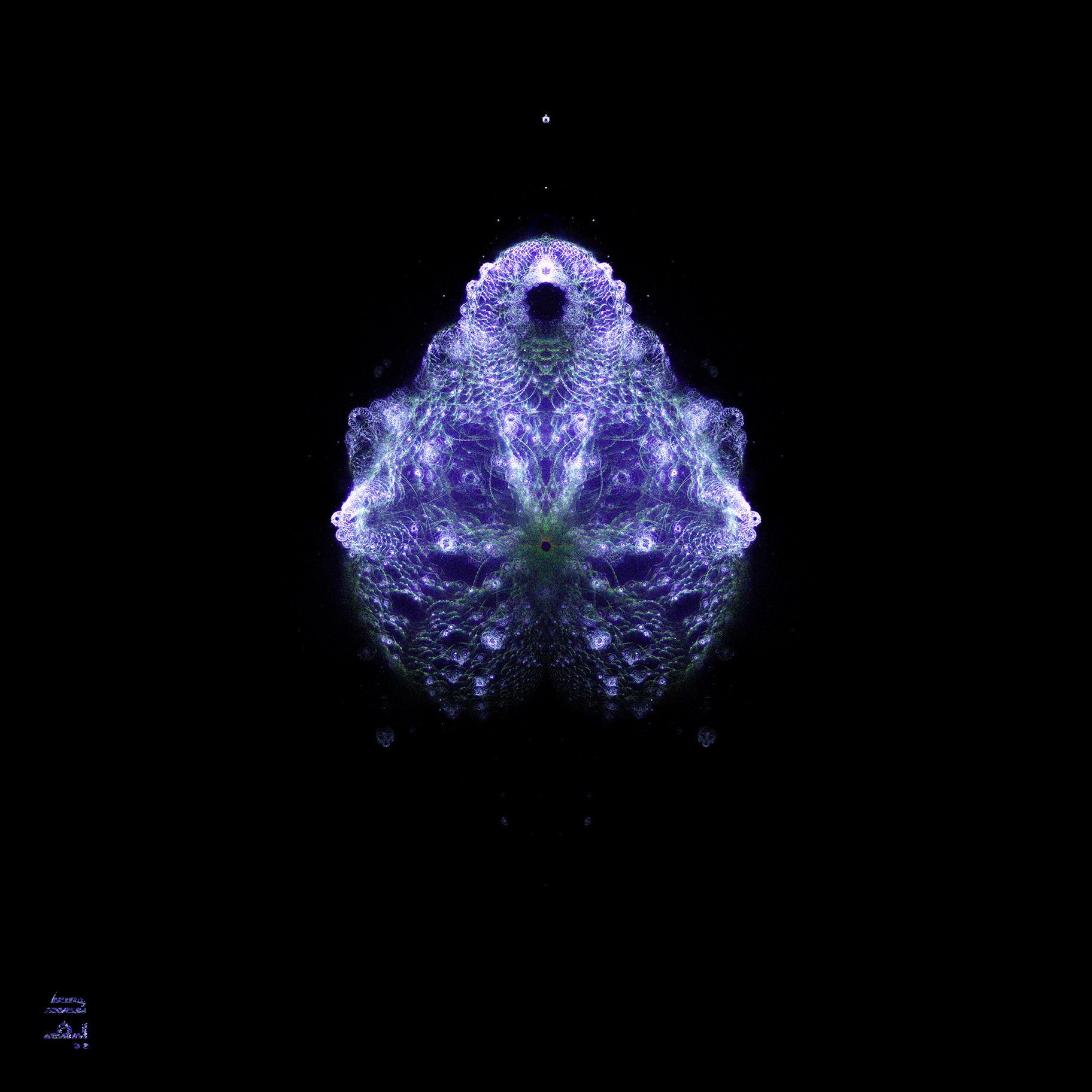 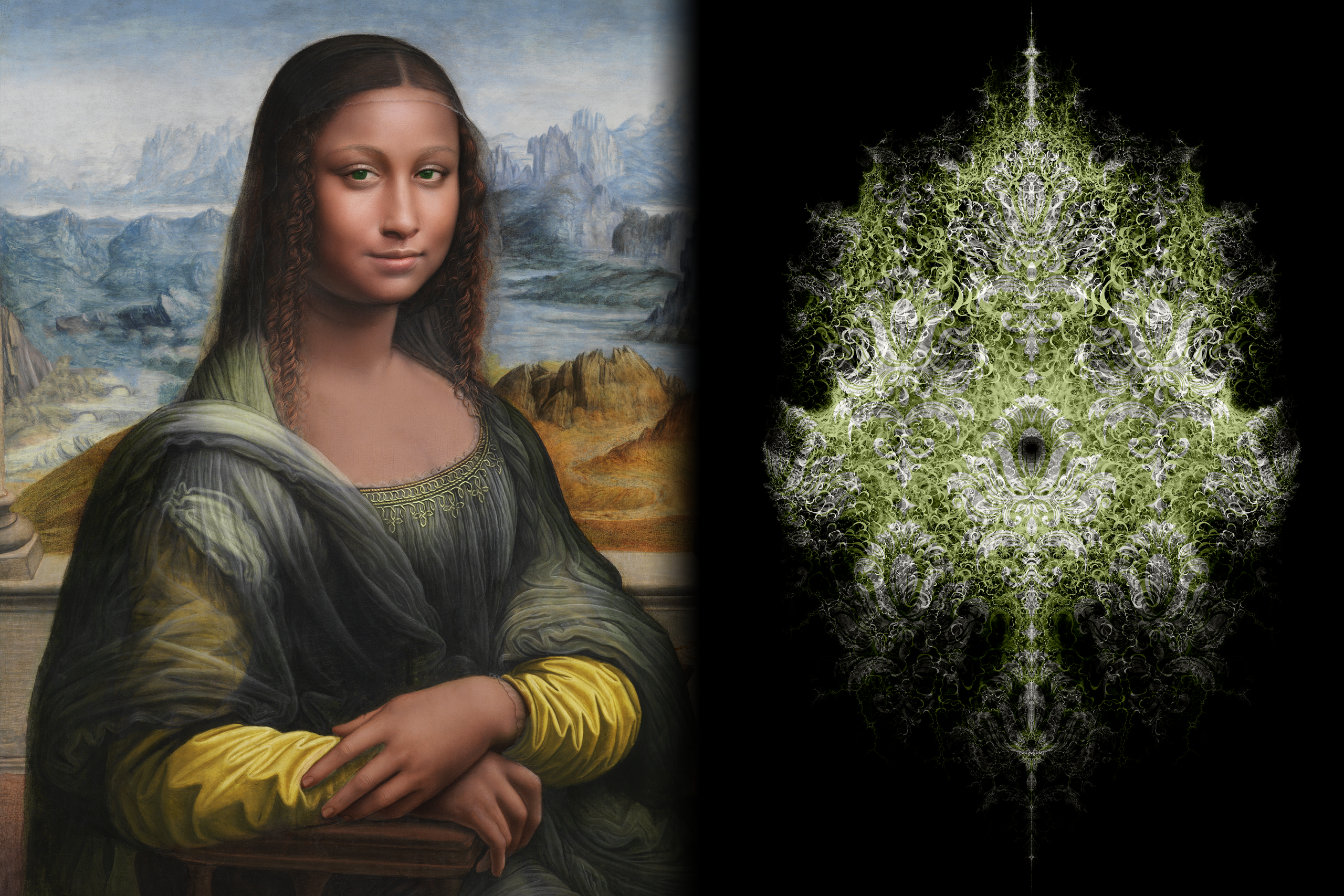 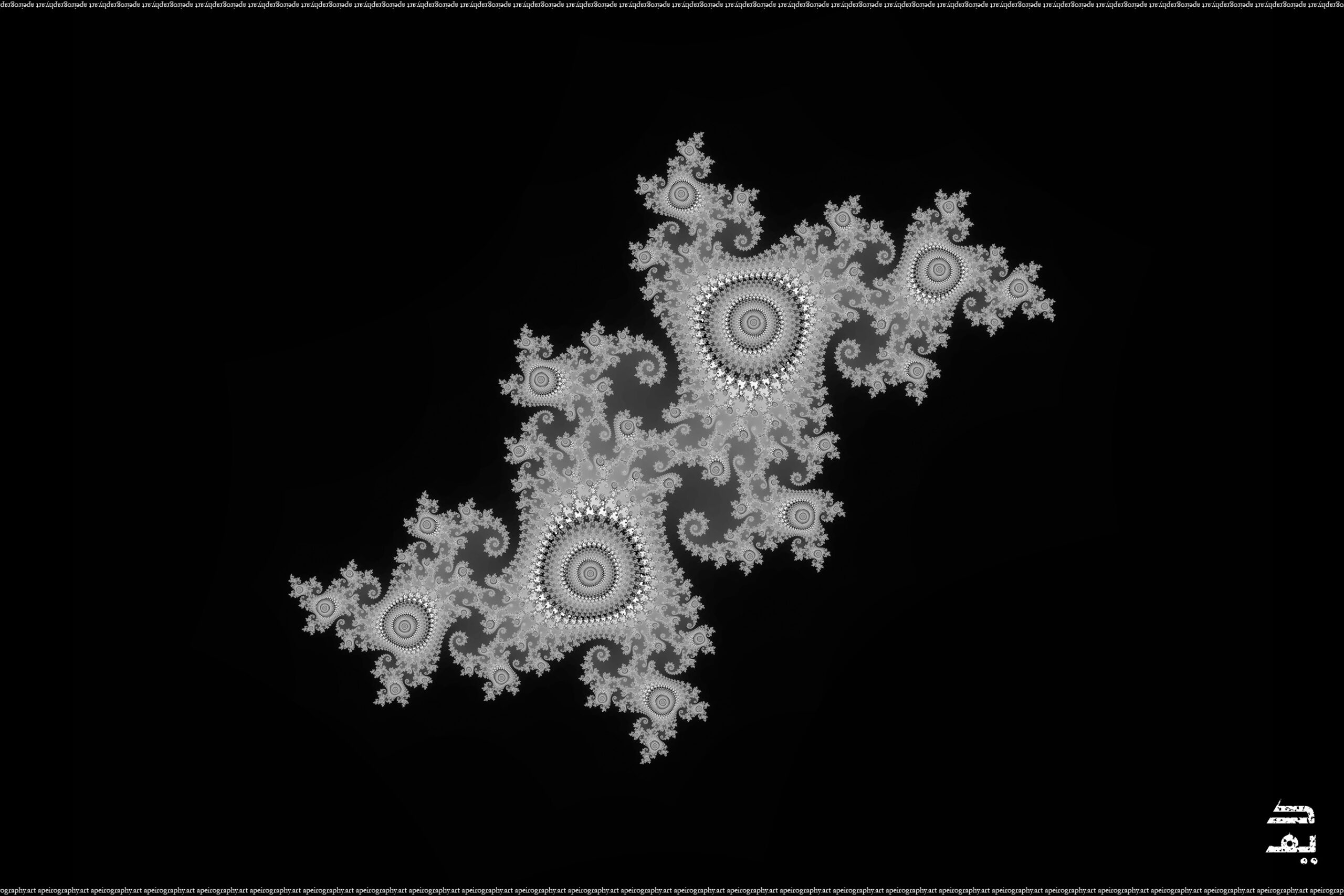 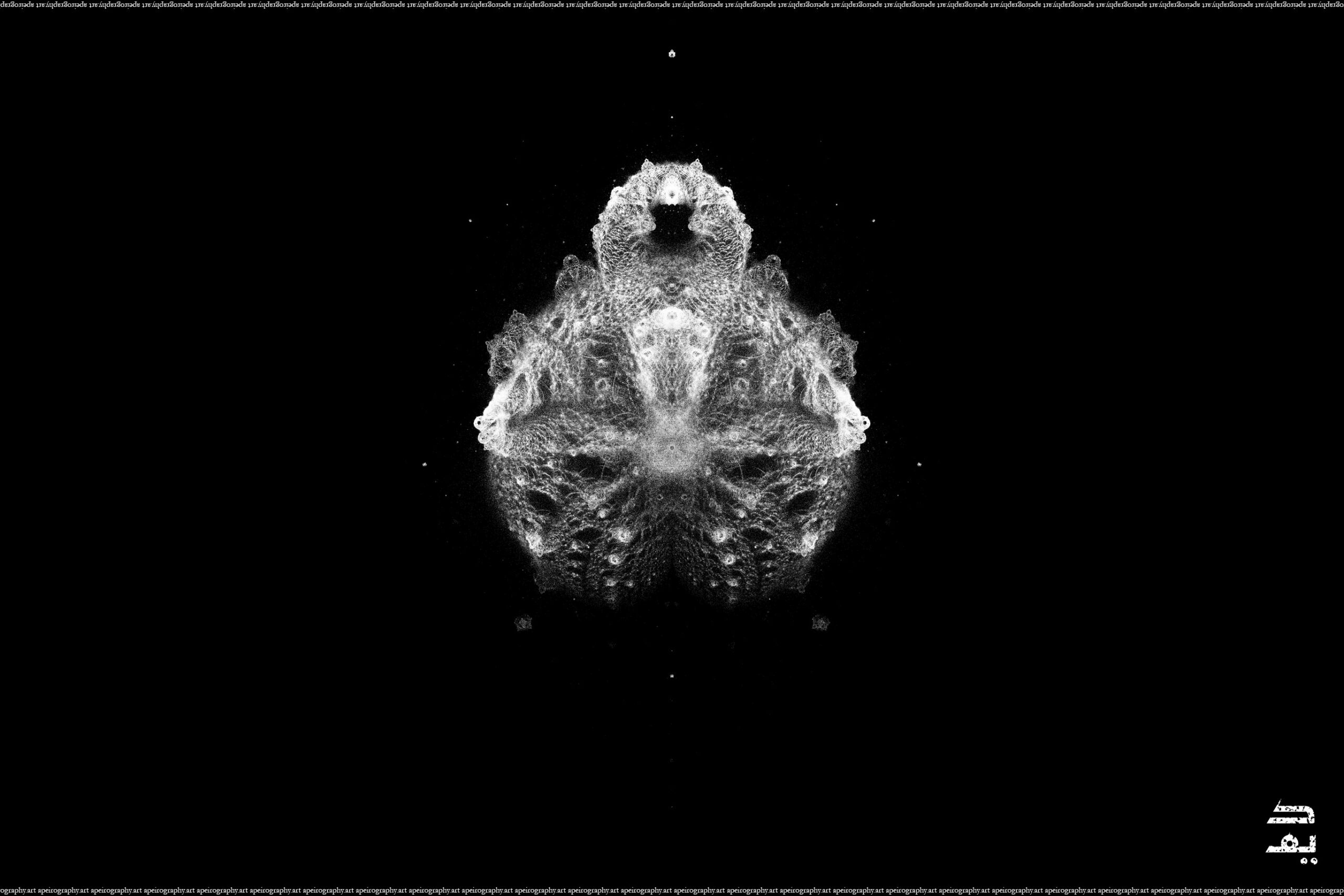 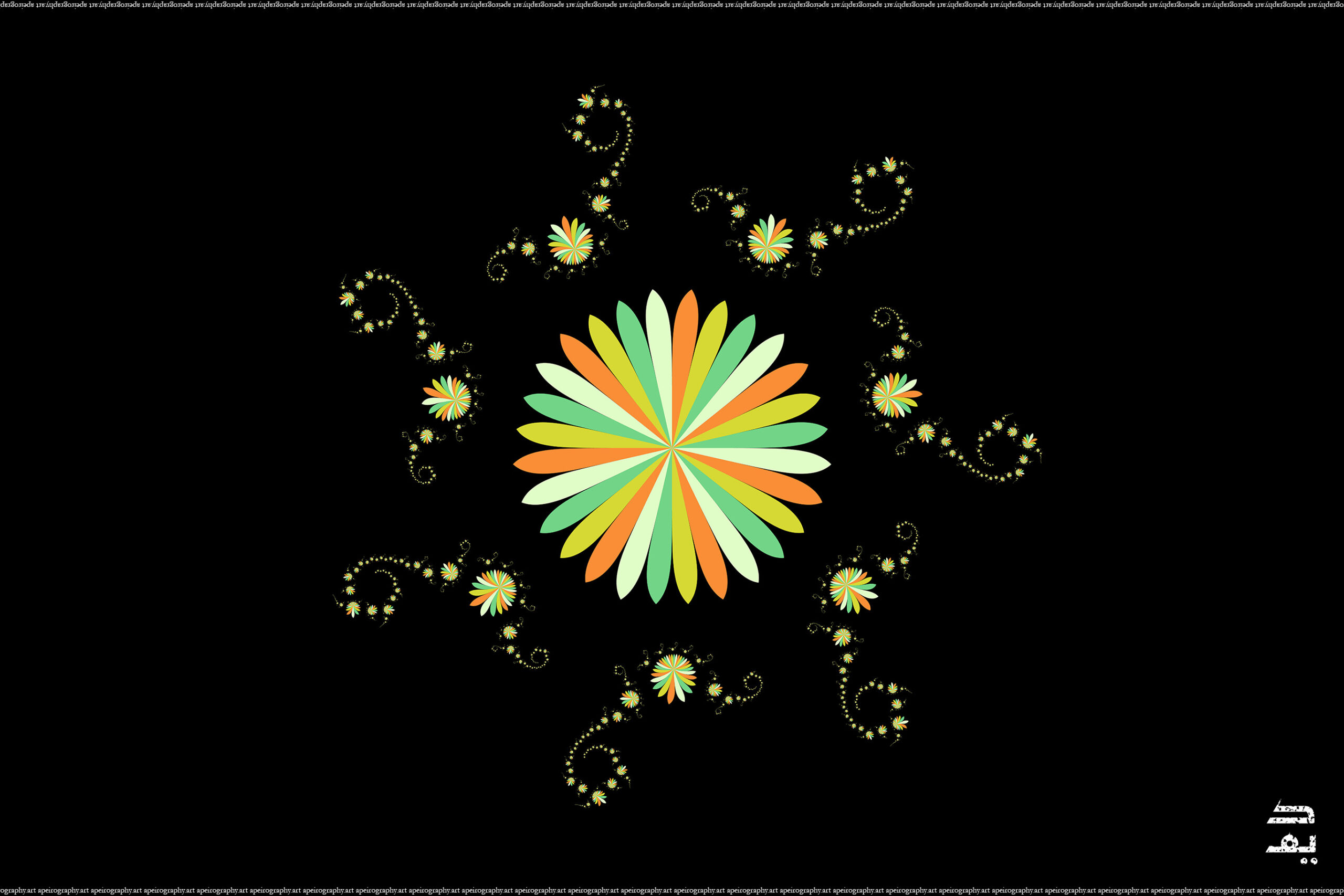 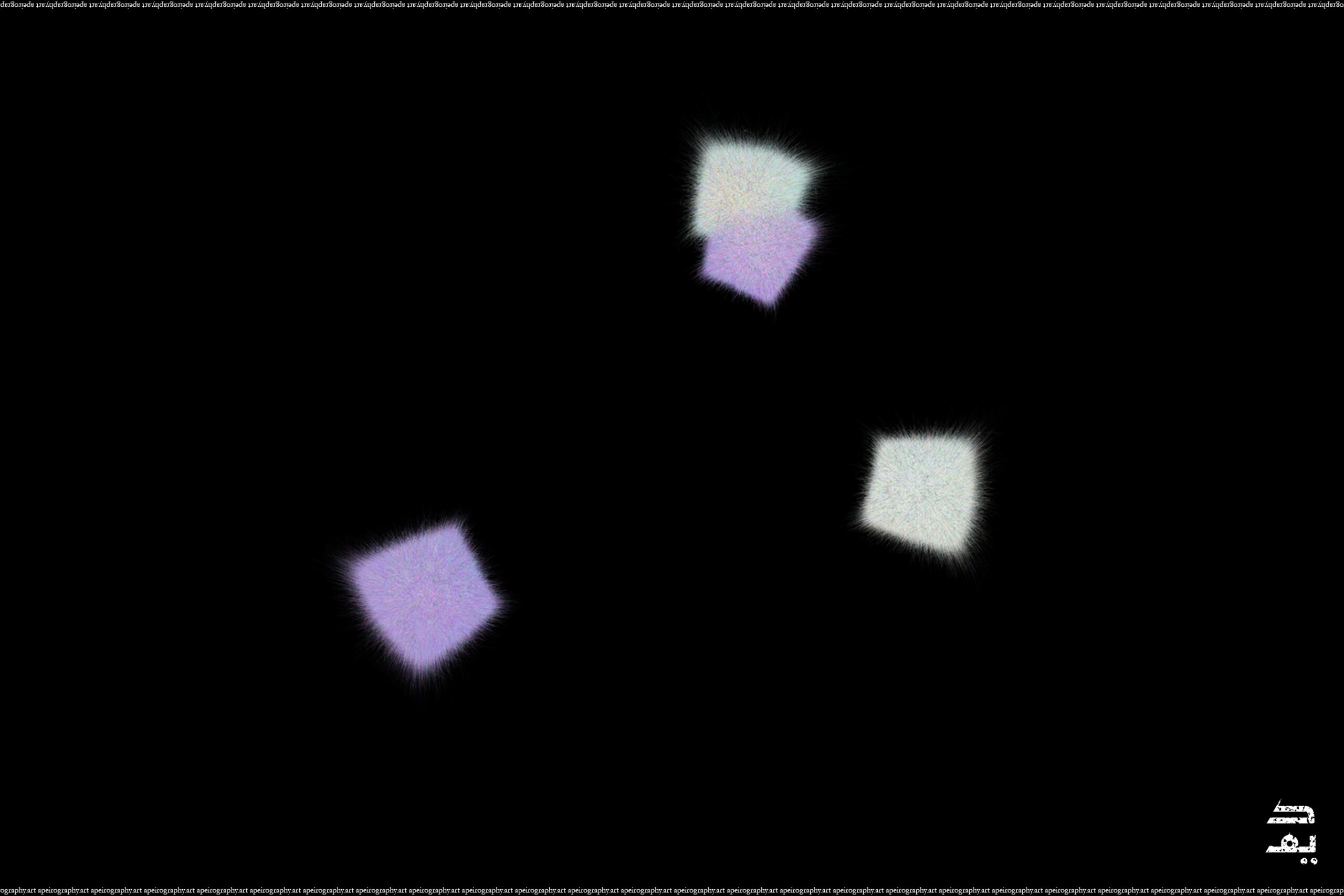